In 1989, I went on a camp with my Boy Scouts troop to Davier, a coastal village on the border of Gujarat with Maharashtra. Davier was one of the many villages in Gujarat where Parsis had settled down in substantial numbers and established community institutions like agiaries (fire-temples) and dokhmas (Towers of Silence). Ours being a troop consisting entirely of Parsis, one of our activities was a visit to the agiary. It wasn’t the first time I was going there. I had come before in 1982, again on a camp that also included a visit to the agiary. But this time, it was a different experience. Instead of leaving our offerings of sandalwood at the door of the keblah (the sanctum sanctorum which only the officiating priest could enter), we entered the keblah itself and placed our offerings directly on the fire. I felt a little uncomfortable doing it; entering the keblah had always been a taboo. But Farhan, a fellow Scout whose family also owned the property where we were camping and therefore kept coming to Davier often, informed me that this had become the practice here ever since the agiary had been left without a priest to look after it. Not wanting the holy fire to die out, a resident (among the handful left) had taken the responsibility on himself to keep it burning. And since he couldn’t afford to give the fire his undivided attention like a priest would, others too could offer sandalwood directly to the fire.

Off and on, over the years, I would read similar stories being reported in Parsi publications. Of agiaries in Fort, Bombay, languishing because the Parsi populations they catered to over the years had moved out to the suburbs, and whose only patrons now were a few office-goers. Of Parsi Anjumans in small towns across the country advertising for priests to keep their fires and little flocks of devotees going. Of a fire being shifted from an agiary in a village near Navsari called Tavri, where there were no Parsis left any more, to Napean Sea Road in Bombay where a new Parsi colony, complete with a new agiary, had been constructed. And over the years, I would also read articles about us Parsis in national and international newspapers. In each succeeding one, their estimate of the number of faithful left in India would decrease.

When the time came for me to begin work on my video documentary, I agonized over what I wanted to make it on, and reached two conclusions. One, it had to be something I had a personal stake in. And two, I wanted to document something that had not been documented before in any media. Not finding an issue I believed in intensely and passionately, I realized that the only personal connection I had was with my identity – my community, the Parsis. It was a cause I had believed in fervently in my childhood years – the greatness of the Parsis of old (and therefore, mine), their pioneering spirit, their generous acts of charity, their contribution to the growth of Bombay – a fervour that over the years had lessened considerably as I became able to see the warts as well (the emphasis on the glorious past at the cost of the present, the Anglophilia that led to the denial of Indian-ness in dress and language, the lack of ambition among the youth….). It still, however, was the only issue I had some vague concern about.

While thinking about which issues about the community I could address with my documentary, it struck me that a question which was on most Parsi minds in Bombay: “What will happen to us in the future when our numbers will be greatly reduced?” could be answered by the present in places like Davier. Davier and other villages in Gujarat being out of reach for geographical reasons due to constraints imposed on me by the norms laid down by the Institute for the exercise, I identified a few places near Pune where the situation would be similar to Davier – Solapur, Satara, Ahmednagar. Their appearance in Parsi surnames – Sholapurwalla, Satarawalla, Nagarwalla – and the presence of agiaries and Anjumans there convinced me there would have been many Parsis there, once upon a time. Unfortunately they too were a good 120 to 250 km away from Pune, and I was about to give up on the idea when I discovered that Daund, a railway junction an hour’s train ride away from Pune was called Dhond during the Raj. Dhond – Dhondy. I made the connection with the familiar Parsi surname and put my bets on Daund. It was probably because of its importance as a railway junction that Parsis had come to settle there (a lot of Parsis from my grandfather’s and his father’s generation were employed in the railways, from whence they proudly bore surnames like Driver, Guard and Engineer), and now with the decline of the Railways as an occupation of choice among the Parsis, there would be very few Parsis left there. And it was close enough to Pune to be able to stretch the norms a little bit. I was sure I would find what I wanted in Daund.

However, my efforts drew a blank. People I spoke to told me there was no record of an agiary in Daund, or even an Anjuman. No one knew if there were any Parsis left there. The only thing I could do was make a trip and find out for myself. And it could happen that I would find none there. As it was, Daund too was not within the norms and I would need a convincing argument to shoot there. After giving it great thought, I decided to make the documentary on another thought that had struck me around the same time – the little-known poverty among a significant number of Parsis. 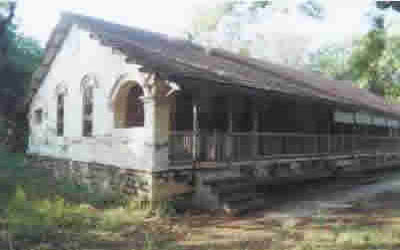