I next went to Karjat to meet Meher Mistry, but at the back of my mind I was also interested in knowing the history of the Parsis there. I knew there was a Parsi burial ground and a lot of personal Parsi property from the days of the Raj in Matheran a few kilometres away in the hills, so there was a chance Karjat too would be a place where Parsis had settled in some numbers.

Meher Mistry was a historian. She was researching the history of Parsi settlements in Gujarat especially Bharuch, Ankleshwar and Khambhat for her Ph.D. She had already done a lot of fieldwork in these places for a book written by her guide, and I thought she would be able to help me about the early history of Tarapore.

Meher told me that comparing the situation in Tarapore today to that of Bombay in the future might not be tenable since Tarapore was rural while Bombay was urban. I could compare it though with the present situation in Bharuch. Bharuch was the first Parsi urban settlement, even older than Bombay and Surat. It used to be a large centre for the cotton-weaving industry, before the mills in Manchester put an end to it. Even after that, it continued to flourish as a hub for exporting cotton to England, and cotton ginning mills were set up by the dozen. However, once the port silted up, the importance of Bharuch waned and Surat emerged as the next big city in south Gujarat.

Meher herself was from Bharuch. She had been born there and did her schooling there too. She had moved to Bombay for her college education and had got married here. She told me there were once thousands of Parsis in Bharuch, but now there were only around 200. Most of them were old people, the youngsters invariably moved out for better prospects to Bombay, Baroda or Surat. Bharuch had 7 agiaries for its 200 odd people now.

I asked her about the situation in Ankleshwar and Khambhat. Ankleshwar still had a few Parsis, she told me, maybe about 30-40. Khambhat though had only one family left. She told me there were villages in Gujarat with just one or two Parsis. In one village, she told me, there was an agiary but no Parsis left. A Hindu would open the agiary for visitors.

I asked her about the history of Tarapore. She hadn’t researched into it, but she guessed it was an old settlement. Definitely five hundred years, as Pallanji Dastur had told me, but it could also be much more, dating almost to the time of the first Parsi settlement in Sanjan. She told me that there were records which showed that Parsis had settled down in Thana and Chaul very early on, and it was quite likely that the settlement in Tarapore too had been set up then. Most of the early exploration of new settlements was by sea, and since Tarapore was in such close proximity, it was quite likely that Parsis had been in Tarapore for many centuries.

I asked her about Karjat. Was it also an old settlement? She replied that most of the Parsis in Karjat were recent immigrants, though records at the talati’s office show that Parsis owned land here a hundred years back. Her family had moved here a year back from Bombay. Her husband preferred the natural beauty of Karjat to the crowds of Bombay. Other Parsis in Karjat had farms, and one, a very old resident, used to be a cinema exhibitor, setting up tents in villages and projecting films. Another recent young immigrant was an Irani who had set up a bakery here. His wife was from Palghar, quite close to Tarapore, and Meher though she might be able to tell me more. But it was not possible that day, and Meher gave me their telephone number to contact them later.

Meher took me to meet Rustom Taraporewala, who had a farm in Karjat. Rustom was from Tarapore, his wife from Nagar. He had left Tarapore in the 70’s. There were still Parsis there then, he told me. And those who had left for Bombay for work would make regular visits home, especially on occasions like Navroz or for gahambars or in vacations.

Rustom had sold off his house in Tarapore a few years back. They did not have much land there, and so he had moved to Bombay for work. Luckily, he got a job looking after the farm of another Parsi in Karjat and had moved here. Gradually, he took up the management of more farms and was finally able to buy some land and start his own farm. He still looked after farms for others too. His son, Kaizad, was interested in agriculture too and helped him with the farms. 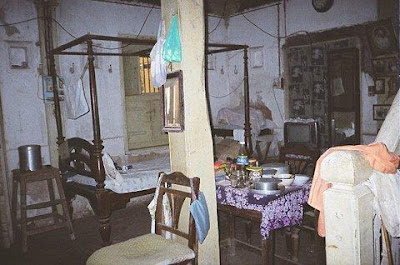